This blog is based on Rick Haythornthwaite's speech at the Davos TED talk.

One advantage of being a rather older entrepreneur than most is that I get to be a grandfather and watch my five-year-old grand-daughter, Aurelia, sitting quietly with her long unruly blond hair, unself-conscious, unaware of being observed, deep in conversation with her imagined world of mythical creatures and adventurous rescues. I am reminded that the imagination of a young child is boundless.

And the joy that this brings is tempered by the downbeat thought that the chances of Aurelia carrying the full richness of this invaluable resource into adulthood are minimal.

We will be reminded this year, on the 500th anniversary of Leonardo da Vinci’s death, of how that doesn’t have to be the case. We will hear retold the creatively fertile life of Renaissance Florence when an unschooled person could grow to become the high priest of innovation; equipped with the new technology of the printing press; surrounded by the fleeing scholars of the Ottoman Empire; supported by new inventions such as credit and insurance; and spurred on by enlightened wealthy patrons. A city where his imagination could run free.

Alas, such is unlikely to be the lot of Aurelia regardless of the educational decisions that her parents make.

On the contrary, she is currently destined to grow up in a world where, by the time she reaches adolescence, her mind will have been force fed outmoded scholastic material and media content of questionable value. Any remaining vestiges of her innate instinct to imagine will then come up against a well-intentioned but stifling barrage of rules that has been laid down by generations of legislators, regulators and managers to counter any generic exposure to personal risk or tendency to harm others. At every attempted step, she will encounter someone trying to thrust frameworks, key performance indicators and business plan requests in her path as the reasoned, rational and reductionist habit that we have been developing as humankind over centuries drives us to contain and control ideas rather than allow them to take flight. Whatever occupation she might choose, she is likely to have to swim upstream against a tide of information spreadsheets in search of islands of insight as the era of ‘big data’ meets outmoded software. 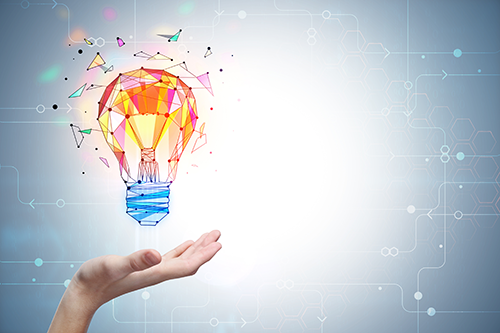 Because, even as a blinkered grandfather, I am forced to concede that Aurelia is not unique. 350,000 children like her will be born today and every other day.

Imagine if we were to find a way to give this next generation the confidence, capacity and capability to create not just in the innocence of their early days but throughout their lives. Imagine a generation that felt more in control of their destiny and of their ability to change the world, with a restored sense of relevance despite the constantly changing context in which they are likely to be living. What a difference that would make to their lives and to humanity as a whole.

I believe that we can make this new Florentine ambition a reality by making its creation the core mission of technology development today – to think of AI more as ‘Augmented Imagination’ than as a new intelligence relying on some humans to be its stoker in the boiler room, feeding it data fast enough to learn and then head off to some hitherto unexplored world with the rest of us a passengers.

I see a world in which we start to embrace and encourage the head, hand and heart movement in education that develops curiosity and the ability to not only explore one’s own imagination but also turn ideas into reality. To train our machines not to replace human imagination but to create the space and support required for that imagination to become the driving force of progress in the twenty first century. In which technology becomes our Socratic companion, our personal curator of needs, our insight navigator, our toolkit to turn ideas into impact, our risk radar and, above all, our liberating servant not master.

Human beings act according to what they see as possible and, with the power of ‘augmented imagination’ at their disposal, the possibilities are endless, opening up the potential for solutions not only to pressing problems of people and planet but also the challenges facing models of political leadership, organisational cultures and responsible capitalism. To borrow from Frederic Laloux, we could declare the days of division between the powerful and the powerless, with their twin brothers, resignation and resentment, as over. 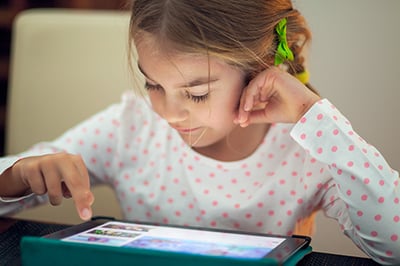 One day, perhaps, the machines will take over but, when they do, let’s try to make it a Homo Deus moment that marks the natural evolution from a golden age of human imagination rather than a desperate lunge to free ourselves from an entrapping world.

Revolutions are born in declaration and delivered by language. That is why we at QiO embarked on a mission to ‘liberate engineers’, not a mission to produce the most advanced, scalable and adaptable industrial AI software on the planet even though it is our proven achievement of the latter that is making fulfilment of our mission possible – for us, AI truly is ‘augmented imagination’.